"I appreciate that this is probably horrendously politically incorrect but that is a stunning picture!!! You definitely win the prize for the best LinkedIn picture I have ever seen." [6] [7]

"Alex, I find your message offensive. I am on Linked-in [sic] for business purposes, not to be approached about my physical appearance or to be objectified by sexist men." [8] [9]

Proudman then publicly posted the conversation which proceeded to go viral.

Soon after it was reported that Proudman herself had made similar comments on social media about pictures of both men and women. In contrast Proudman's comments were public.[10] [11]

Separately, Proudman has been quoted as saying:

"The crux of the matter is that men live and work in a brutal society, which is maintained through stratified social order based on ritual humiliation, gentleman's clubs, fights, rites of passage, sexism, and banter."

"When women enter the male realm whether law, politics, or a construction site, they find themselves in a repugnant world in which their only means of survival is by undergoing a fundamental transformation leaving them with little opportunity to make any change." [12] [13]

As of August 2022 Proudman has obtained a Ph.D and continues to work as a Barrister in the United Kingdom.

Proudman provides a fine example of the over-use of the term misogyny. 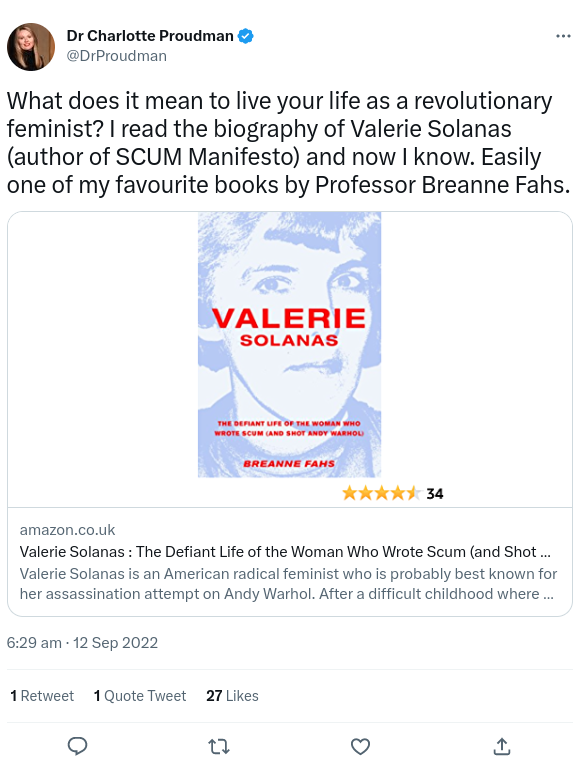 Proudman endorses Valerie Solanas as a role-model for feminists.[14] 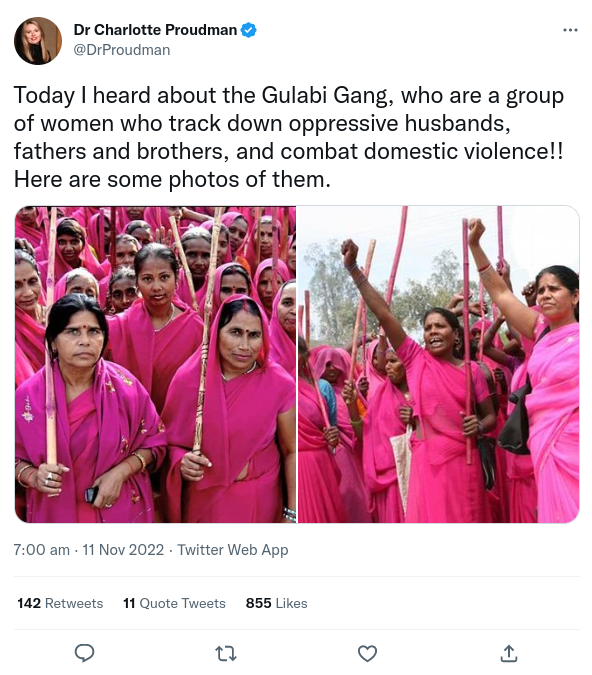 Proudman praises the Gulabi Gang who beat men who are alleged to have committed domestic violence. 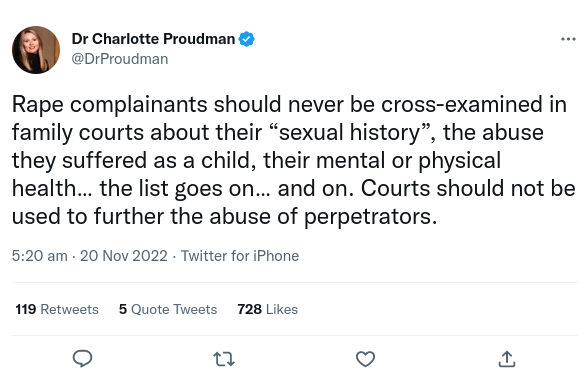 Proudman, a barrister, asserts accused men are perpetrators rather than defendants.

The casual misuse of the word everyone is extraordinary coming from a barrister making a public statement.

Proudman, a barrister, casually misuses the word literally when making a public statement. 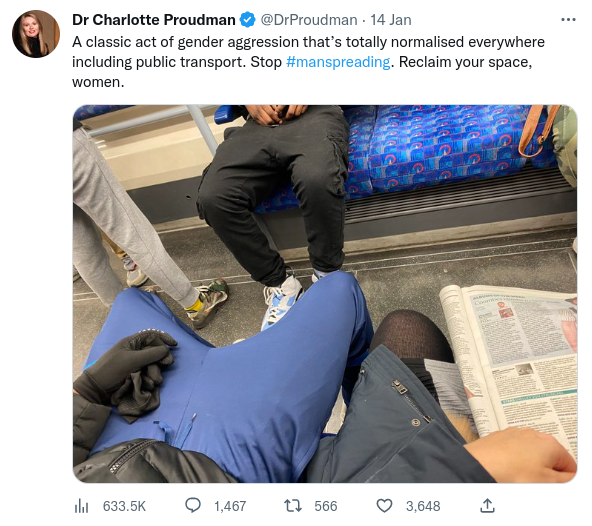 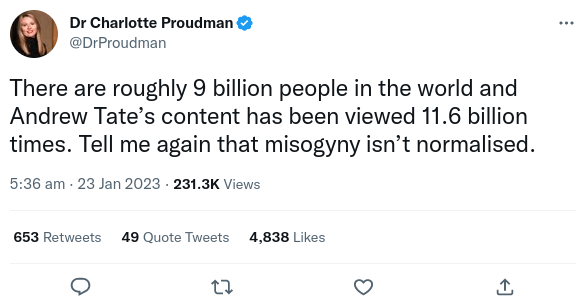 Proudman, admitting that women can rape.