Media encourages women to avoid marriage and relationships with men 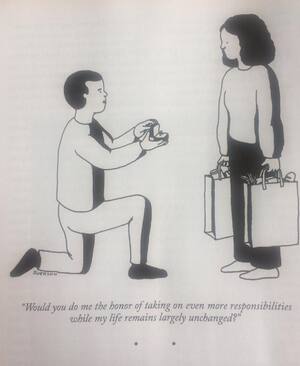 A feminist view of marriage

Quote from the Australian Broadcasting Corporation:

Natasha said she felt fulfilled by her business and the only time she missed having a man was when things needed doing around the house.[1][2]