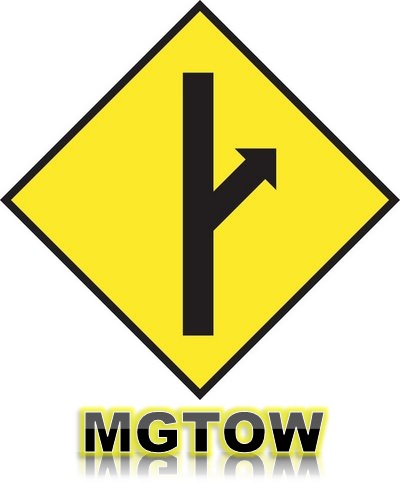 Men Going Their Own Way (MGTOW) refers to men committed to self-determination, and to voluntarism within relationships.

Defining oneself as a Man Going His Own Way (MGHOW) is a statement and an act of self-ownership.

Additionally, MGTOW usually encompasses the view that a man has the sole right to decide what his own goals in life will be, rather than accepting goals conferred by others, or by social consensus of peers, or higher social status individuals or collectives. Generally, consensus-conferred male identities or goals are recognized and rejected by MGTOW men as prescriptive, utilitarian, and benefiting others at a cost of socially unrecognized masculine self-destruction or marginalization.[1][2][3][4][5]

The phenomenon of male self-determination goes back millennia under names such as free-man, bachelor, stag, freewheeler or men's rights advocate. Sometimes these self-determined or ‘MGTOW’ men formed groups, the earliest known being that of the Anti-Bardell Bachelor Band of 1898.[6] The phrase “Men Going Their Own Way,” or variants such as “going his own way,” or “to go his own sweet way,” in reference to men’s freedoms is hundreds of years old.[7]

The MGTOW phrase was further promoted in 2004 by members of a men’s rights group.[8] Two of those promoters went by the online names ‘Ragnar’ and ‘Meikyo,’ and in an online interview Ragnar describes the moment as follows:

“You see all the ideas were floating around on the internet. We were frustrated that we couldn’t get men to build an organization, couldn’t get men to come to this damned meeting- everybody was going their own damned way, and the fact that men went their own way, we started to use that phrase and we started to talk about what’s important for men… who’s going to define their masculinity? Well, they actually have to do that themselves, they have to find out what it is for themselves. So, as you have the responsibility for your own actions, well then it’s also your responsibility to define who you are as a man.”[9]

The MGTOW acronym has since enjoyed increasing popularity as a title for male self-determination.

A core tenet of MGTOW is rejection of gynocentrism, the preferential concern for women in both traditional and progressive forms. The gynocentric customs of marriage, romantic love, chivalry and male servitude are wholly rejected by MGTOW as running counter to the goal of men going their own way.

Unlike the lockstep and dogma of so many contemporary movements, MGTOW is entirely individualistic, even though many men may arrive at the same conclusions from having observed the same phenomena. The MGTOW-symbol promoted by the 2004 promoters shows a path deviating from the main road (ie. individualism), and an arrow (evolutionary potential).[11] The same promoters further suggested that MGTOW is not affiliated politically, and efforts are made to "avoid pulling it to the left or to the right politically."[12] The proposition for political apartisanship, however, carries no moral authority for individual MGTOW who are free by definition to choose any political alignment they wish.

MGTOW, and also those identifying as 'Zeta males,' champion non-gynocentric masculinities and male self-determination. However, MGTOW has evolved to become associated with a rejection of intimate relationships with women (including marriage), and a permanent retreat and disengagement from society and its expectations. Critics of the MGTOW tendency toward disengagement claim it promotes a higher potential for isolation, nihilism, depression and suicide.[13][14]

Founder of the concept Paul Elam qualifies Zeta in the following way:

"I've seen many people in the last decade read it (Zeta) as meaning detachment and indifference. And all along it was just the opposite.[15]

Unlike MGTOW, the Zeta male concept is not based on social withdrawal, nor on the status of being married or not married, or on being in a relationship with women, and is based solely on the refusal to self-identify with the Alpha, Beta and Omega male categories, and the decision to engage with the world on that basis.[16][17]

Relationship to the MRM

MGTOW can be viewed as an economic weapon that operates in tandem with the MRM. Feminists used to talk about a backlash to feminism. They never dreamed men would just walk away.